Allah'u'abha : This Is Written For Bahais Considering Abortion 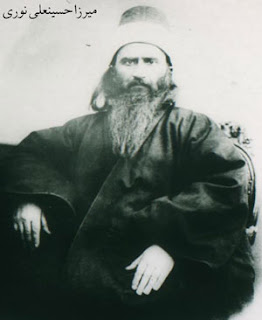 "Let none contend with another, and let no soul slay another; this, verily, is that which was forbidden you in a Book that hath lain concealed within the Tabernacle of glory. What! Would ye kill him whom God hath quickened , whom He hath endowed with spirit through a breath from Him? Grievous then would be your trespass before His throne! Fear God, and lift not the hand of injustice and oppression to destroy what He hath Himself raised up; nay , walk ye in the way of God, the True One. " Baha'u'llah, The Kitab-i-Aqdas,  كتاب اقدس  p. 45 or "the Book of Laws" aka "the Most Holy Book" in arabic al-Kitābu'l-Aqdas  الكتاب الاقدس‎

"Verily I say, the human soul is, in its essence, one of the signs of God, a mystery among mysteries. It is one of the mighty signs of the Almighty, the harbinger that proclaimeth the reality of all the worlds of God. " Bahau'llah [Gleanings]

Every abortion is a "trespass before His throne"  and at variance, severe variance with the words of Baha'u'llah in the Aqdas. It is also a direct assault on God's 'mighty sign of the Almighty'. Killing the child in the womb is the killing of God in effigy. Repeatedly, Bahau'llah extols the value of the soul and its necessary journey through this world back to God. Abortion is absolutely inconsistent with Bahau'llah's teachings regarding the soul and the sanctity of  human life. Your child is alive NOW. Your child wants the opportunity to make this journey , to know you and to love you, and to know God and to love God. Look into the face of Baha'u'llah and ask Him if you can kill your child?

"The soul enters the body at conception...it is a human being from its beginning...left undisturbed, it will develop as a human. To disrupt its development at any stage is to kill a human being."  and in another place he says "Man is not born fully developed. He goes through many stages,... feotus, infancy childhood..." Abdu'l-Baha  [Some Answered Questions and Baha'u'llah & the New Era] 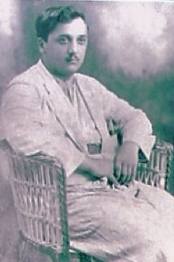 "The practice of abortion, which is absolutely criminal as it involves the deliberate destruction of human life, is forbidden in the Cause." Shoghi Effendi [Lights of Guidance]

Every abortion is  "absolutely criminal" [except in cases of self-defense]. In fact, all the Divine Manifestations and their Divinely revealed religions have held that ALL killing of innocent persons is forbidden with the exception of self-defense. In the case of killing the unborn, self-defense arises when the mother's life hangs in the balance and the only way to save her is to kill the child. As a matter of medicine, even this is very nearly  never the case in 1st world countries and rarely the case even in 3rd world countries. It is nearly always possible to save both mother and child. Killing the child is not necessary to the saving of the mother. Look in the Guardian's face and ask him, is it acceptable for me to kill my child? Your child is here NOW. Your child wants to remain with you and love and be loved by you. Your child wants to know the world and God's creation. Your child needs you to ensure that she lives, not that she dies. God has given you a blessing. Say yes to God. 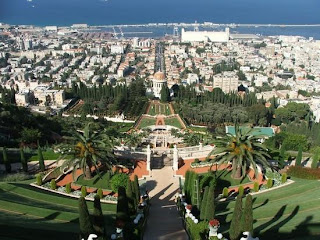 "Birth control procedures which allow the ovum to be fertilized but do not permit the fertilized ovum to develop are thus not permissible ..." Universal House of Justice 3 Jan 1993

If you cannot use birth control that would kill a zygote and prevent it from becoming a fetus, on what basis would you then conclude killing the fetus would be O.K? If the fertilized ovum is protected, then it can only follow that this means all stages of human life are protected, for the fertilized ovum stage is the least 'developed' of any stage, and yet it is sacred! It is not sacred so we can kill it in later stages, it is sacred because human life is sacred at every stage of its development both inside and outside the womb. We are all "fertilized ovums" in various stages of  "development". We are all clumps of cells, human cells. We are all human.

Abortion procedures are painful, for both mother and child. They are done in sound proofed rooms for a reason. They kill our babies by ripping them apart alive, burning them with saline , or stabbing them at the base of the brain. More women have died from abortion complications since it was legalized in America than died form illegal abortion since the founding of the nation! Heart attacks occur during the procedure and in some cases, the mother has actually died right on the table from the infarction! Abortion also maims many women, some are left paraplegics, others have to undergo hysterectomies and/or partial bowel removals and thus can never again conceive nor have a normal functioning bowel system. Legal abortions are not different than illegal abortions other than their legal status. In fact, legalizing abortion has put more women in danger of botched back alley style abortions , than thus endangered when it was illegal, because before abortion was legal, 98 percent of those performed were done in hospitals by doctors who had relationships with their patients. They were called "DNCs". My own grandmother had one in the hospital in 1932. Now, 98 percent are performed outside hospitals by abortionists who have no other medical relationship with the patient, may be unlicensed or not even a real doctor!  The back alley abortionist did not go away, he just moved onto Main Street America! For the majority of survivors,  abortions scar us physically, emotionally, mentally and spiritually. They damage the uterus and make future births more risky. Many women are never able to carry to term after an abortion, others carry but have many complications such as placentia previa and premature births. Post-abortive women are at greater risk of breast cancer and cervical cancer . Their risk for self-destructive behavior patterns, suicide and depression is three times that of the general population!  For Bahai women, it may be worse, since we have no means of healing within the Bahai community. We get abortions in secret to avoid the shame and sanctions that come when the community learns we have engaged in sexual relations outside of wedlock, and from that date forward, we live with a scarlet letter on our heart and in secret, we die day by day. Don't do this thing. From our hearts , we tell you, you will surely regret it and when that regret comes it will swallow your soul and devour your spirit.

If you still think you want to get an abortion, before you do, be fully informed. Watch actual abortions on abortionNo.org . Know what you are doing! Because once it is done, it cannot be undone!

If you are desperate to talk to a person, go to the Priests for Life site, they have a large staff and many experienced volunteers who have had abortions and are willing to talk with you. 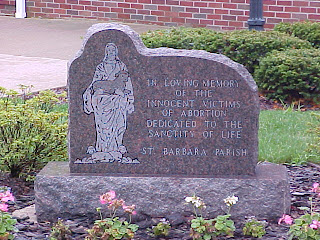 THERE IS NOTHING ABOUT ABORTION, ABSOLUTELY NOTHING, THAT IS CONSISTENT WITH THE TEACHINGS OF BAH'U'LLAH OR THE INTERPRETATIONS OF THOSE TEACHINGS BY   ABDU'L-BAHA OR THE LATE GUARDIAN REGARDING THE SANCTITY OF HUMAN LIFE. NOTHING. IF THE UNIVERSAL HOUSE OF JUSTICE IS NOT PREPARED TO STAND UP FOR THE SANCTITY OF HUMAN LIFE IN THE WOMB AT THIS TIME, DON'T TAKE THAT AS PERMISSION FROM GOD TO CHOOSE THAT WHICH IS EVIL FOR YOUR CHILD. EVENTUALLY, UNTIL THE UHJ LEGISLATES IN KEEPING WITH THE SPIRITUAL LAW OF GOD ON THE SANCTITY OF HUMAN LIFE IN THE WOMB ; WE HAVE TO STAND UP FOR IT ONE PREGNANT WOMAN AT A TIME, ONE BAHAI AT  A TIME, ONE PRECIOUS UNBORN LIFE AT A TIME.
Allah'u'abha 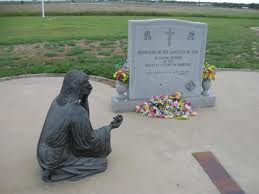 Delivery of living child for the purpose of killing it 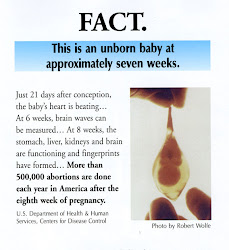